There is so much to do in the Crescent City!

Definitely do some research on your own- there are so many museums and gardens, musicians to see and restaurants to enjoy!  These are Just a few suggestions... 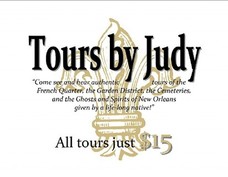 There are a lot of different tour options.  Judy just looks like she knows what she's doing!  She is a NOLA local and offers historically accurate theme-based tours- Literary, French Quarter History, Cemetaries, Free People of Color tour... All tours are $15pp.  http://www.toursbyjudy.com/index.html 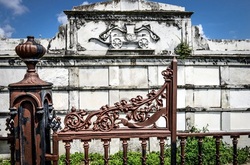 Steven Garcia at Livery Tours reached out to us early on in our planning process.  He is a native and historian that leads tours, including an African American History tour. He was the recipient of the Paul Sanford Memorial Prize for excellence in African American history.

The African-American History tour he offers is on a luxury bus, and costs $47pp, but I will negotiate a lower price depending on the group, and see if they have a kid rate too.  We are hoping to do this as a group- maybe Saturday?  Email either Emily or Steve to let them know you are interested! 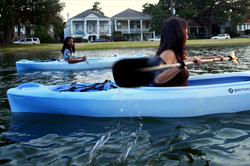 Kayaking!  Kayak-iti-yat offers several tours at varying lengths/ levels of skill in the Bayou surrounding New Orleans.  Some are history based, others are nature based.  All look amazing.  We are definitely planning to do this. 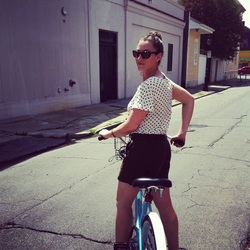 Biking!  We had a great time tooling around on our rent-by-the-week, day or half day cruisers.  There are many companies that rent bikes- ours was in the French Quarter, but this company A Bicycle Named Desire in the Marigny looks super cute too. You can also get guided city bike tours as well. 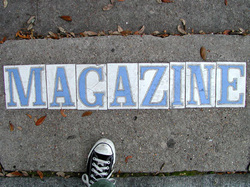 Shopping on Magazine Street is the best.  There are vintage shops, cute boutiques, restaurants, antiques... It runs from the Warehouse district to Uptown, but hits it's peak in two areas, near Jackson Avenue (walking toward the numbered streets) in the Lower Garden District, and between Antonine and Napoleon Streets Uptown. 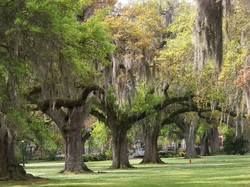 Audobon Park is an strikingly beautiful garden retreat in Uptown.  It's free, and it's the place to see Spanish Moss dripping off of weeping willows- doesn't get any more southern landscape-y than this. 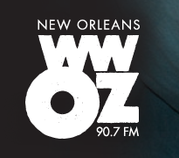 WWOZ is a great resource for live music happenings in the city.  Check out their listings here.

We lived for Frenchman Street while we were there.  It's a two block stretch lined with venues featuring live music (often jazz) in a way that you can wander from one to the next as your mood dictates.  Some have covers but most don't.  Keep your eyes peeled for John Boutté, Kermit Ruffins, Hot 8 Brass Band, any of the Marsallis family, Cottonmouth Kings... Many of the musicians that frequent this spot have been featured on HBO's Treme.

Tipitina's is a New Orleans music institution, where musicians flock when they're in town.  Don't believe me?  Here's Michael Stipe of R.E.M. giving it a mention in his what to do in NOLA list. 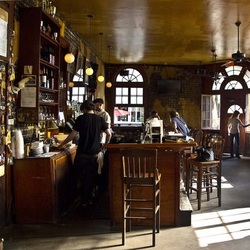 Mimi's in the Marigny- Emily's college roommate Chris and his friends took us to Mimi's for drinks our first night in the city.  It took us a while to find the most amazingly fun dance party going on upstairs!  The crowd was so fun and friendly- it felt like being at a house party.  2601 Royal Street, a few blocks from Frenchman street. 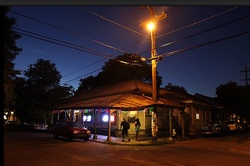 Vaughan's Lounge in the Bywater is the spot to be on Thursday nights.  Kermit Ruffins just retired from a weekly jazz night there, so we'll keep our ears to the ground to see what comes next...

Emily's mom Julie is sticking around to enjoy the French Quarter Music Festival from April 10-13th, 2014.  It will be the festival's 31st anniversary, is free, and is an extremely popular time in New Orleans.  Let us know if you are interested in joining- we have room in our house!

OKAY THAT WAS FUN... BUT SHOULDN'T YOU BE EATING??? 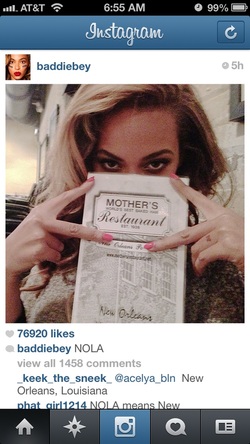 Ever since Queen B instagramed a pic from Mother's Restaurant, Emily has been ready to go, despite the warnings from locals that it's a tourist trap.  It is an institution though so... you gotta go, right?  Keep your eyes peeled for baddiebey and Emily sharing a table, having a snack and a chat.  Get the Po' Boy.  401 Poydras Street 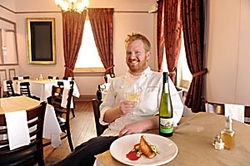 Many people have told us that Boucherie is their favorite restaurant in New Orleans.  It's way in Upper Garden District, and on the spendier side, so take the trolley and make a night out of it!  8115 Jeanette Street 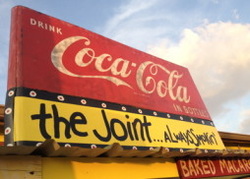 We hear that The Joint is the spot for some good BBQ and ribs in the Bywater.  701 Mazant at Royal street.

VEGETARIANS!  You KNOW Emily won't let you starve- go to Maurepas in the Bywater.  And don't worry- they have some super tasty meat and fish options for your less-civilized family-members and friends. 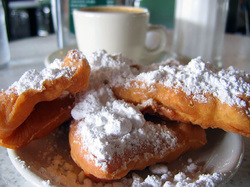 Café du Monde!  A famous place for beignets and chicory coffee.  You can get these things around the city, but this is the classic stand, and it's open 24 hours.  800 Decatur Street, on the edge of the French Quarter, near the riverwalk. 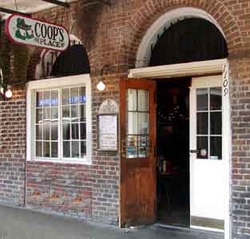 Coop's!  In the French Quarter, but not a tourist trap.  Recommended to us by a friend, and also listed in Michael Stipe of R.E.M.'s list of what to do in New Orleans.  They are open super late- we enjoyed the salad and Po' Boys there at some ungodly hour.
Powered by